Derailed By Distractions? How To Get And Stay Focused Now

Why Is Resistance A Necessity For Growth?

Five Ways To Get Optimal Outcomes From Your Team 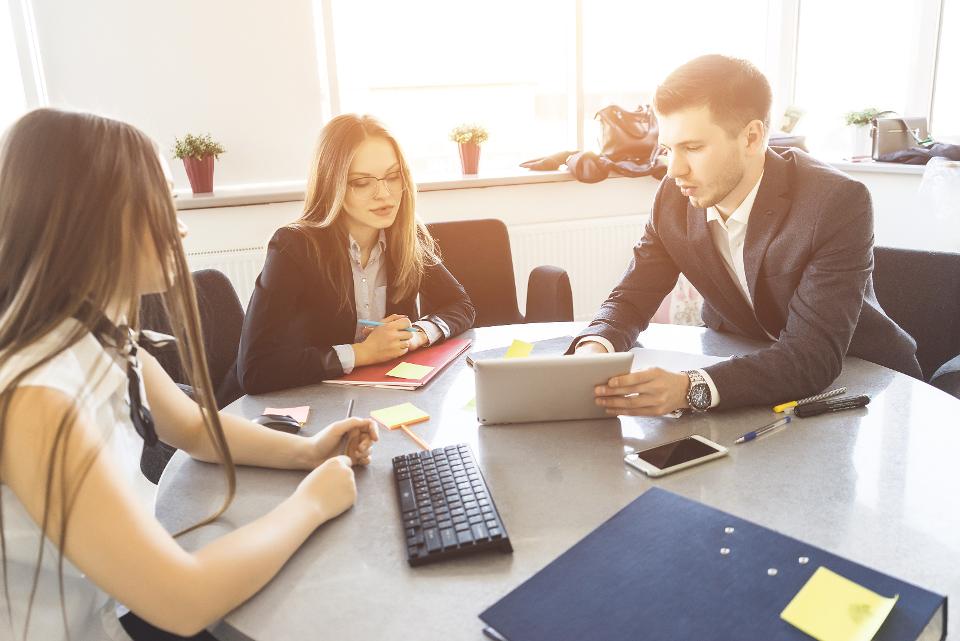 What makes a team optimal?

Alignment, communication, collaboration, energy management, leverage, trust, and what else?

Google did some comprehensive multi-year research on this topic. I’ll refer to it below and map it to my work during the past 30 years in the areas of safety, belonging and mattering.

I’ve found it all comes back to safety, belonging and mattering, no matter what structure you want to wrap around the idea of optimal teaming. Let’s look at what Google learned in its extensive research on the topic.

Over the course of two years (ending in November 2015), Google conducted more tahn 200 interviews where it assessed more than 250 attributes of what makes an optimal team. The findings from the 180 teams studied were surprising.

While they had hoped to find a recipe for an optimal team (for instance, take one Ivy League MBA, one extrovert, one expert engineer), Google actually found that who was on the team mattered far less than how team members interacted, structured their work, experienced their contributions. The answer was in behavior and emotional resilience. The results echoed some of what Carnegie Mellon researchers found back in 2010 with their collective intelligence work.

They learned that five key dynamics resulted in optimal teams: 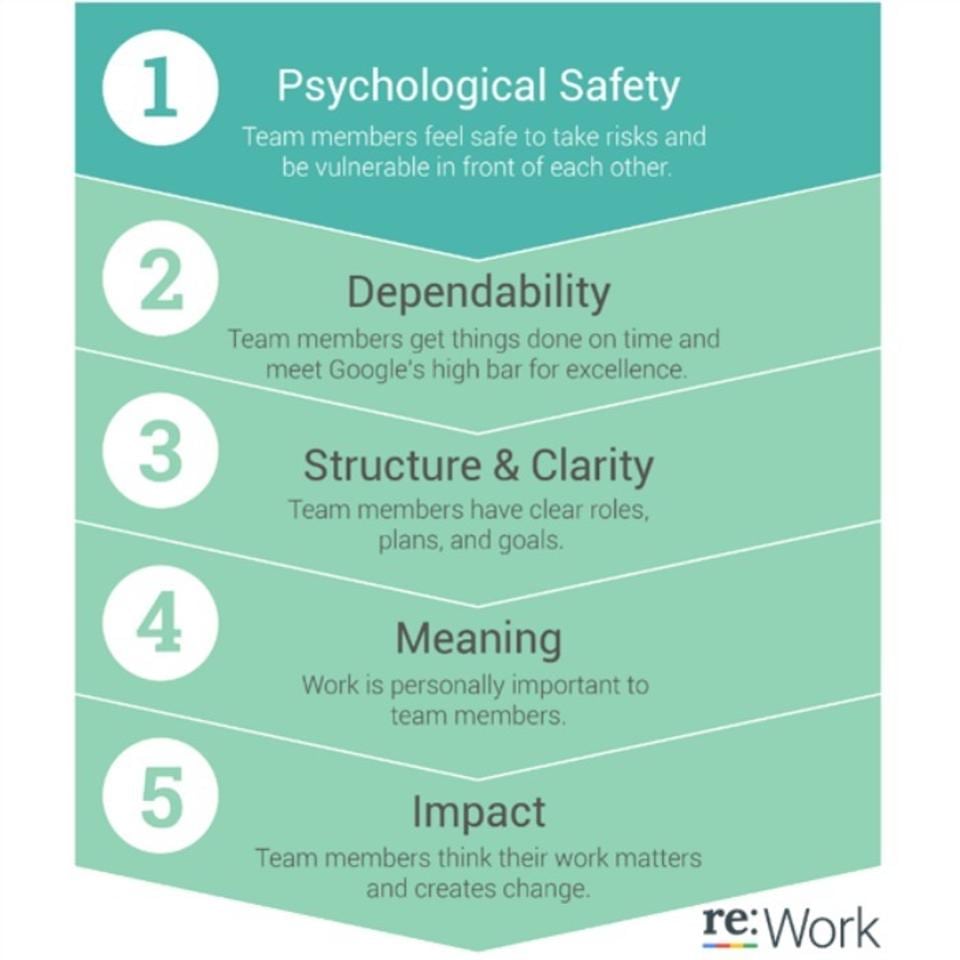 Google found that psychological safety was by far the most important dynamic. Without this people don’t feel comfortable speaking up, asking questions, checking in. There’s too much risk of being labeled as “out of it” or “clueless.” All humans want to belong to a  group, and we’ll take tremendous risks (such as not speaking out even if we feel it’s very important) if we feel we may become an outcast, lose status in our tribe or be ostracized somehow.

Googlers now use a tool they call gTeams. It’s a 10-minute check-in on the five dynamics. A modified check-in is below, one that our clients find works very well. During the past year more than 3,000 Googlers across 300 teams have used gTeams and focused on the fie factors above. They often will kick off team meetings with each team member sharing a risk they took in the past week. The net is that they’ve seen psychological safety ratings increase by 6% and structure/clarity increase by 10%. But the best part is the increased connection in the team due to increased communication.

Consider the five factors from Google:

On a scale of 1-5 where 5 is excellent, rate your experience of each factor in your team. Now total up your score. Here’s our rating format. If your total score is:

Up to 10: High Risk. There’s a lot of work to do. Use the table below to map to safety, belonging, mattering. Get a neuroscience-based coach, and get to work healing your culture.

11-18: Risky. Your team is not performing nearly as well as it could. Let’s get everyone more connected and collaborative. Time for team training and coaching.

19-25: Solid. Congrats! You’re on a high-performing team. Time to raise the bar!

Below is a shortcut to help you figure out where to focus, how to get better, and a way to talk about this concept with your teammates in a structured way. 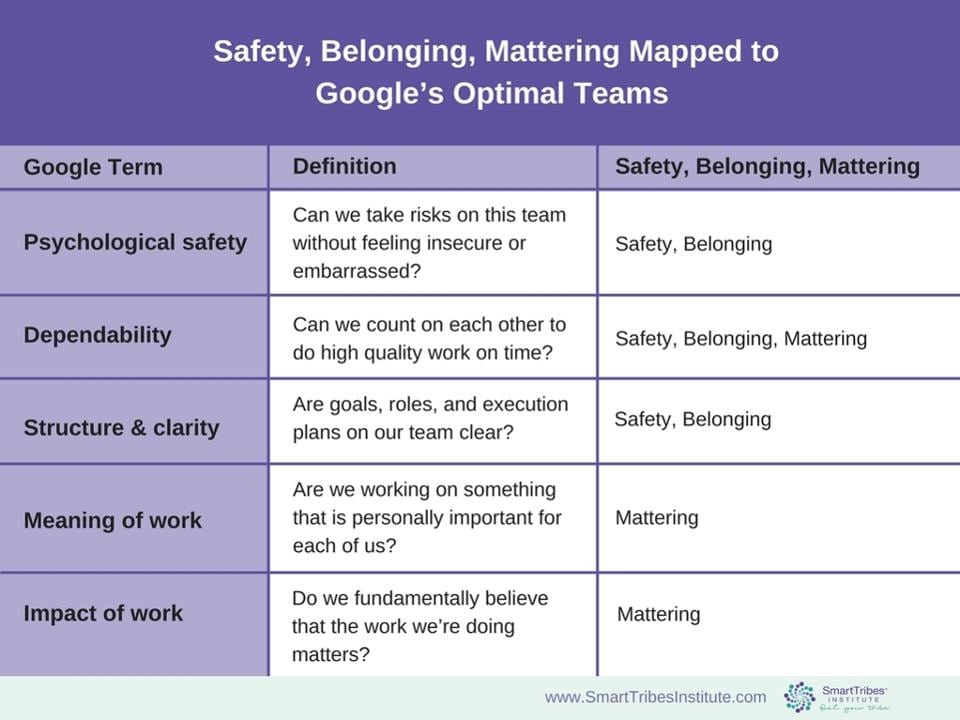 Everything basically maps to safety, belonging and mattering.

All other models simply help you implement programs to deliver these three core human needs.

See how this model helps your team!