The Link Between Exercise And Boosting Brainpower 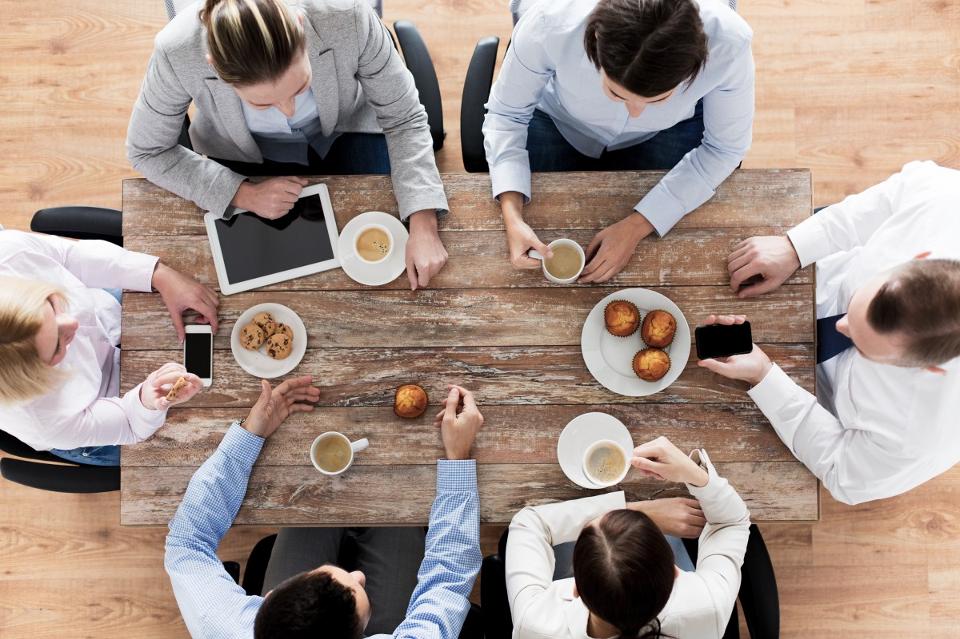 The CEO tells the VP Marketing candidate he’d hire her if she lost 20 pounds. She’s “too fat to represent our company.”

The VP Operations tells her team if they were competent they would’ve achieved their quarterly goals.

The CFO sends the Controller an angry email saying his budget “sucks and is pathetic.”

The VP Product Development says “deal with it” when the favorite lead engineer and keeper of the culture quits.

What do all these leaders have in common?

They aren’t emotionally intelligent. They are sending “nasty-grams” to their teams and causing emotional disengagement and shutdown in others. They have low EQ.

And EQ = money. According to Drs. Travis Bradberry and Jean Greaves

“The link between EQ and earnings is so direct that every point increase in EQ equals $1,300 to an annual salary. If that’s not enough, EQ accounts for 58% of performance in all types of jobs”.

So let’s figure this out in a straightforward way. First, a handy infographic: 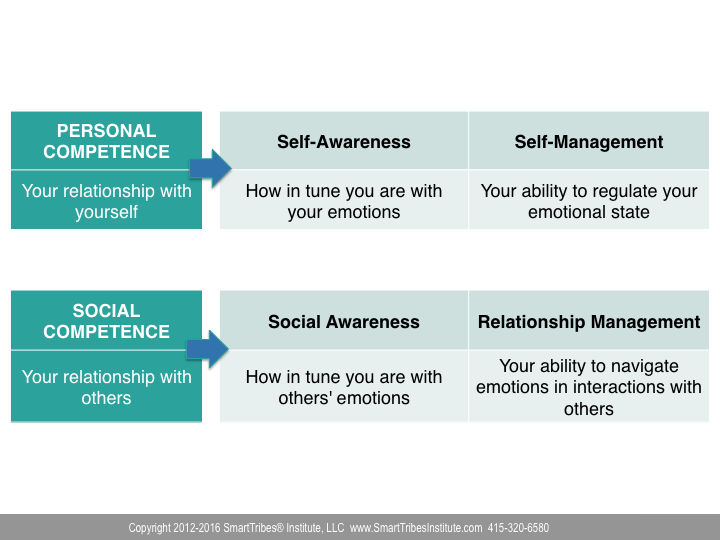 1. Figure out what you’re feeling. It’s essential to be in tune with your emotions—this is Self-Awareness. Now based on what you are feeling, is it the appropriate time to send that angry email? Right now it’s key to remember that communication is redundant: humans cannot *not* communicate—our facial expressions, body posture, vocal tone/pace/pitch betray us. Even in email or texts our vocal tone/pace/pitch can be detected. 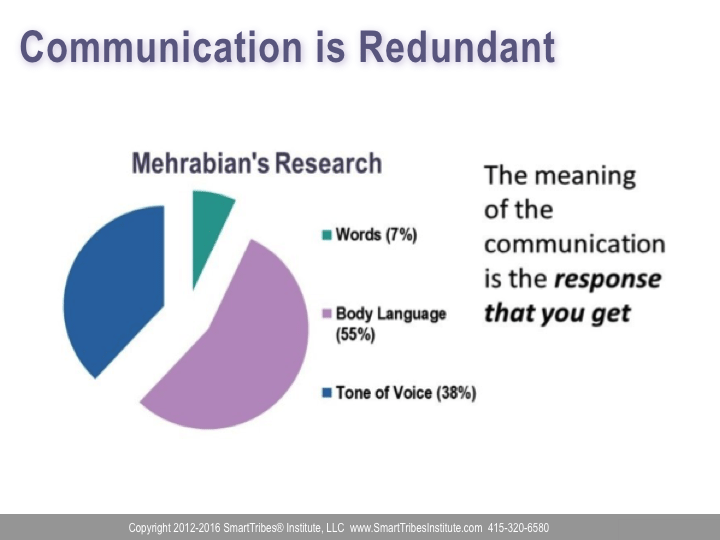 2. Take a breather. Holding off on sending a nasty-gram until you cool down is Self-Management. We need to shift out of Critter State into Smart State in order to practice Self-Management. Now is a great time to unpack the visual, auditory and kinesthetic cues that triggered you. And if you’re in Critter State (fight/flight/freeze or Amygdala Hijack) one of the easiest ways to shift out of it and into Smart State is to practice 7-7-7 breathing. Inhale for a count of 7, hold for count of 7, exhale for count of 7. Do 7 times. Ahhhhh. Now you have choice to respond vs. react compulsively. Excellent!

3. Consider the recipient. While you are practicing #1 or #2 above, consider what the recipient might feel upon receiving your communication. This is Social Awareness. They are a different person from you, so they’ll likely make different meaning—they’ll interpret your communication–based on their Map of the World and not yours. Here are the many components that factor into a person’s map of the world—which is why we misunderstand one another so often too: we all have different maps. 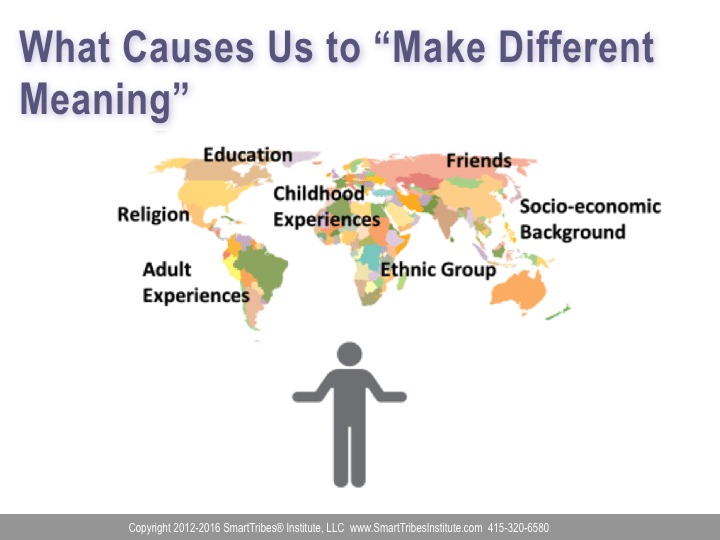 This consideration is Social Awareness.

4. Focus on the outcome. What is the outcome you’d actually like to achieve? How would you like to make someone feel in order to empower them and move the ball forward? It’s time to craft a message that will get the result you want and make the person feel powerful, effective, enrolled, engaged, whatever positive emotion you want. This is Relationship Management. 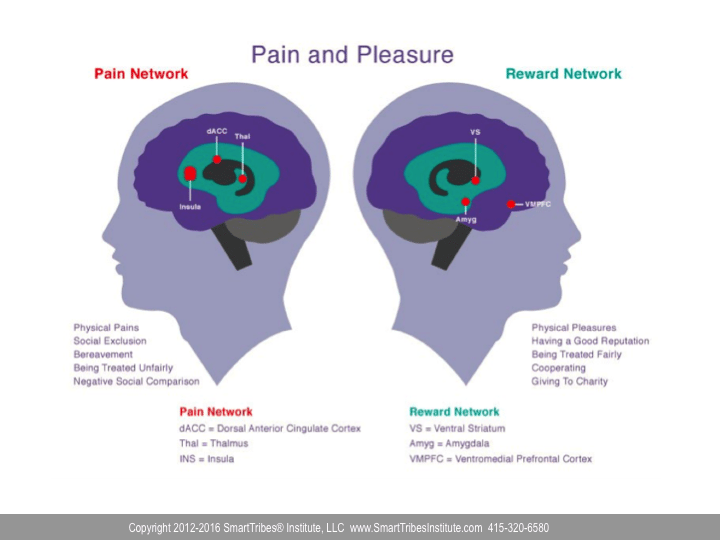 Let’s revisit the above real-world scenarios. When I was asked to come in and coach these leaders to become more Emotionally Intelligent they had team members ready to quit, some were totally checked out and no longer cared, some were downright hostile due to prolonged mistreatment. So I had my work cut out for me.

Once the leaders were in touch with their feelings and had boosted their Self-Management and Self-Awareness, we then worked on Social Awareness and Relationship Management. This transformation took 4-6 months (based on the leader) to become an automatic response.

When I asked each of them how they would’ve navigated the scenarios above were they able to turn back time, here’s how the communications were edited (yes, after the fact, but better than repeating the mistake!).

The CEO tells the VP Marketing candidate she has great skills and he’d like to explore how she can best represent the company.

The VP Operations asks her team what they need to achieve their goals next time. Did she set the bar too high? Were they all too ambitious? Do they need more/different resources? Were there cross-functional dependencies that we all missed considering?

The CFO meets with the Controller and works through expectations for the budget, filling in any gaps so what defines “success” is super clear. The Controller feels safe to ask questions and push back on things they disagree with.The VP Product Development sits down with the team and lets them express their grief without judging them. Then she asks what the team needs to heal and move forward, noting that they’ll tackle this together, as a team, all for one, and one for all.

Everyone contributes in a meaningful way. Let’s start communicating with this awareness.