Biophotons: How You Can Positively Influence Others And The World 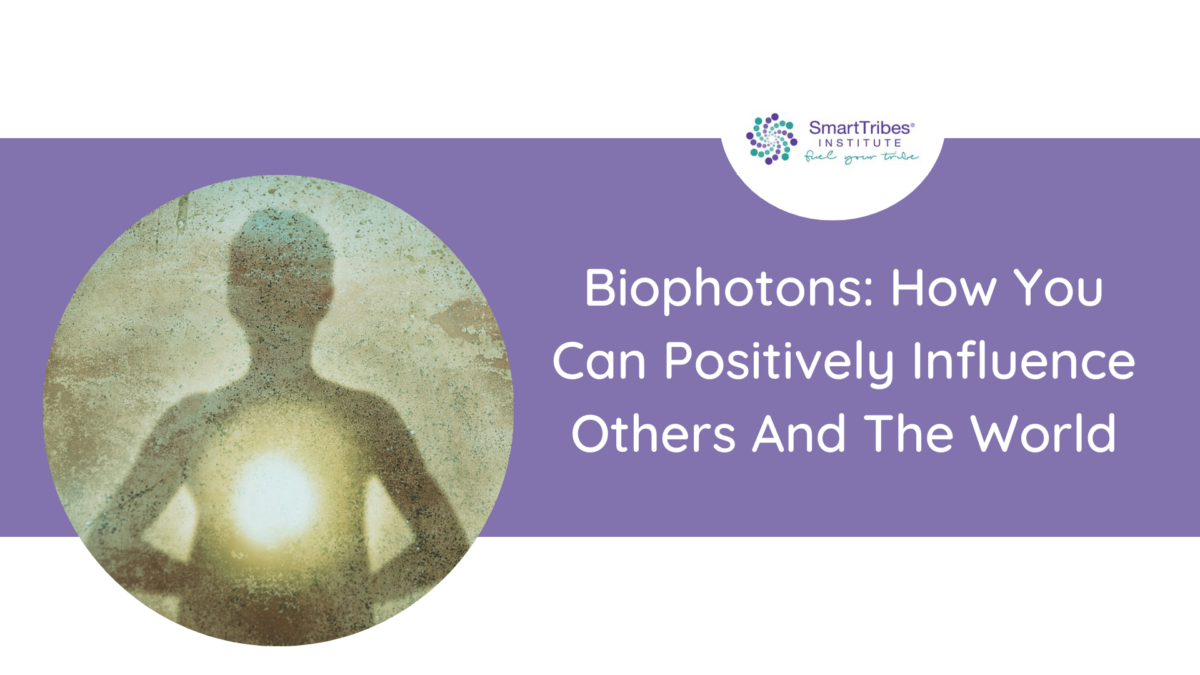 Your body communicates and influences others. And I’m not just talking about your words, vocal tone, and body posture/gesture.

Your heart and brain communicate too. And they do so via photons, or biophotons, to be exact. Back in 1974, biophysicists demonstrated the vibrating behavior of so-called Junk DNA as the primary source of ultra-weak light emission, also called biophotons. And biophotons can now be detected radiating from our hearts and brains.

Whoa—just a sec? Your brain emits light? Really? And your heart does too? WOW.

And we affect others with the biophotons we radiate. We all know what ‘good’ and ‘bad’ vibes feel like. When you’re near someone angry or radiating ‘bad’ vibes, your body wants to get away from them. Likewise, when a person radiates ‘good’ vibes, you feel drawn to them. Where do these vibes come from? And are they the ‘feeling’ form of biophotons?

How We Learned We Emit Light

In 1926, Russian embryologist Alexander Gurwitsh discovered the emission of light from cells in a living organism (Gurwitsch, 1934). He called them mitogenic. Then in 1974 German researcher and Nobel Prize nominee in Physics Fritz Albert Popp re-confirmed the existence of these mitogenic rays and renamed them biophotons. He verified that all biological systems transmit light and information and that these subatomic light particles emanate from every living system, including from the cells and DNA of our bodies. And since photons are the smallest unit of electromagnetic energy, it’s not surprising that we can feel them as well as see them.

What This Means For Us All

When I had the great good fortune to support the Dalai Lama on his 2010 Midwest tour, I saw his aura. He radiated light about 30 feet from his body. Now I understand what I was seeing… biophotons! Here are some images of biophotons if you’re curious.

In the Dalai Lama’s book, “The Book of Joy: Lasting Happiness in a Changing World” he cites a study conducted by German researchers at the University of Kassel. It shows that the chest (heart center) of an average person emits 20 biophotons per second. Yet if a person meditates on their heart center and sends love and light to others, one’s heart emits an amazing 100,000 photons per second.

That’s 5,000 times more than the average human being. Numerous studies have shown that when these biophotons are infused with loving and healing intent, their frequency and vibration increase to the point where they can literally change matter, heal disease, and transform negative events. This is what Reiki is, and it explains why approximately 20% of the hospice patients receiving Reiki heal from their ‘terminal’ illnesses and are released from hospice. I’ve witnessed this personally over my 23 years as a hospice patient volunteer.

The Dalai Lama says in his book that “After ten minutes of meditating on compassion, on kindness for others, and you will see its effects all day. That’s the way to maintain a calm and joyous mind.”

This is how we all can make a positive difference in the world.

And maybe this is why being together, working in proximity to one another is so helpful. We can more easily feel and be influenced by everyone’s positive biophotons.

How would you like to make a positive difference today?

Explore yourself through mindfulness & meditation at Beyond Your Brain Retreat this fall, learn more here.