Stop Reacting! Start Responding: How to Hack Your Brain Part 2

Rev Up Your Ho-Hum Employees: Use Neuroscience to Win the Talent War 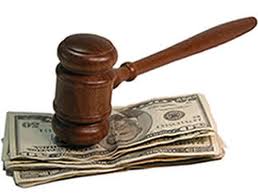 CEOs get sued entirely too often, and often they ask for it. Over dinner in San Francisco with one of my favorite securities law firms, Qian & Nemecek LLP we discussed how to prevent these legal blunders.

Here are our Top 4 Stupid Reasons Why CEOs Get Sued:

1. Loose Lips Sink Ships: Watch what you say on social media.  In July 2012, Netflix CEO Reed Hastings made a post on his Facebook page that landed him in hot water with the SEC.  Hastings boasted that “Netflix monthly viewing exceeded 1 billion hours for the first time ever in June. When House of Cards and Arrested Development debut, we’ll blow those records away.”

Oops. In response, the SEC issued a “Wells Notice” to Netflix and Hastings, saying that the SEC was recommending charges be brought against them. The SEC accused Netflix and Hastings of violating Regulation FD, which prohibits selective disclosure of information to investors.  Although Hastings’ Facebook page is public and he has over 200,000 followers, the SEC claimed that the information contained in Hastings’ Facebook post was material and should have been disclosed in an 8-K filing or a press release rather than via Facebook.

Hastings has denied that he did anything inappropriate, and said that “While we think my public Facebook post is public, we don’t currently use Facebook and other social media to get material information to investors; we usually get that information out in our extensive investor letters, press releases and SEC filings. We think the fact of 1 billion hours of viewing in June was not ‘material’ to investors, and we had blogged a few weeks before that we were serving nearly 1 billion hours per month.”

The Netflix/Hastings matter involves a novel and unresolved question of law and is still pending before the SEC. Regardless, the SEC’s stance is that public companies should disclose material information via public filings or press releases—and not via social media.

Solution: If you must disclose material information via social media, be sure to simultaneously issue a press release or disclose the information in a public filing with the SEC.

2. Trumped By Insider Info:  Manage your exposure to liability for insider trading. The SEC and Department of Justice have focused heavily on insider trading since the onset of the financial crisis. While many of the targets of their investigations and prosecutions have been hedge fund managers and traders, prior to the financial crisis they went after high-profile CEOs including Mark Cuban and Martha Stewart.

The Wall Street Journal reported on November 28, 2012 that a study found that over 1,000 corporate executives generated outsized profits or avoided large losses by trading their company’s stock ahead of corporate news that later affected the price of their shares. Whoa.

Solution: If you’re a CEO or high ranking corporate executive you possess material, nonpublic information so it’s essential to handle it properly. Here’s how: purchase or sell the shares of your company pursuant to a Rule 10b5-1 trading plan. This is a written plan that allows for the purchase and sale of stock at a predetermined time and price.

Any person executing pre-planned transactions pursuant to the Rule 10b5-1 plan that was established in good faith now has documentation that may help him prove that he did not intend to engage in insider trading–and even if the actual trades made via the plan occur at a time when the individual may have been aware of material, nonpublic information that would otherwise subject him to insider trading liability.

3. Denying Damage of Whistleblowers: Take complaints by whistleblowers seriously and have effective compliance programs in place. The Dodd-Frank financial regulatory reforms passed in the summer of 2010 empower the SEC to pay bounties for tips submitted by corporate whistleblowers. The law guarantees payment to the whistleblower of an award of 10% to 30% of any penalties levied by the SEC where the information provided leads to penalties for a violation of the securities laws in excess of $1 million. The SEC received 3,001 tips from whistleblowers during its fiscal year 2012 and issued 143 judgments and orders in excess of $1 million as a result of those tips.

Thankfully the SEC encourages whistleblowers to first report the alleged violation of securities laws internally before reporting to the SEC, and the SEC may consider whether the whistleblower actually did so in determining the amount of the bounty. Here’s the rub: there is no requirement that the whistleblower first report the violation to the company in order to be eligible to receive a bounty. Yes, Dodd-Frank allows an employee to bypass the company’s internal reporting system and go straight to the SEC to report the alleged wrongdoing and attempt to collect the bounty.

Solution: First let’s build cultures where open communication is safe and encouraged, so if problems crop up they can be addressed swiftly and internally. Next, CEOs must ensure that their company’s compliance program encourages internal reporting of potential violations of the securities laws and that effective procedures are in place to respond to internal complaints. The CEO must ensure that the company cooperates with the SEC during its investigation and has strict anti-retaliation policies and procedures.

Solution: Make sure that your company’s articles of incorporation and bylaws provide you and the other directors and officers with a right to indemnification to the fullest extent allowable by law. Next, ensure that the company’s risk management department works with a broker who specializes in D&O insurance coverage (I like Barney & Barney) and ensure that the company has the right structure and amount of insurance.

Please consider the above, share it with other CEOs and executives you know, and let’s reduce the amount of litigation.