How To Hack Your Brain – Part I: Trumping Cultural Triggers

Stop Reacting! Start Responding: How to Hack Your Brain Part 2 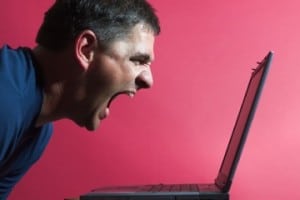 Most of us can’t—when we get emotionally triggered we’re toast. Our train has left the proverbial station and we’re on it.

We’re reacting instead of responding from choice.

Let’s look at a common case of the Critter State (the reactive compulsive state) winning over the Smart State (the state of chosen response): the performance hijack. Performance hijacks happen when people lose their access to resources in clutch situations. For example, a high-potential manager walks into a senior manager’s office and can’t speak in coherent sentences although he knows the material. Or a seasoned executive babbles at the board meeting when she is known for her clear thinking. Or the manager who just saved the company has been asked to present what he did and flounders through the presentation. All these are examples of a critter brain that has hijacked the prefrontal cortex.

“Alex” (fyi: I always cloak identities in case you’re a new reader) is a client of ours who works for a prestigious worldwide consulting group. He had been promoted to a role that involved far more presenting to and persuading key clients, and, suddenly he was freezing, stumbling, and losing clients. This high performer had become a liability. What was happening to Alex?

We all have patterning that at one time in our lives was vital for survival and/or belonging. In Alex’s case, his patterning was to be as invisible as possible; he’d been wired in childhood to avoid a parent with a rage problem. Invisibility was equivalent to safety for young Alex. The current-day trigger of high visibility in front of important clients was now activating this trigger and kept plunging him into his Critter State, where he had learned to shrink from the world in order to survive. His Critter State was running the show to ensure his survival–and his Smart State was shut down.

I am using Alex’s case here to illustrate what can happen when neural wiring starts running amok. All behaviors and behavior patterns had some kind of intended positive outcome at the time they were created; they were useful in some way to help the individual get the positive outcome they sought. The trouble is that as we grow and change some behavior patterns no longer serve us. They either need to be updated for the well-being of our current selves, or, in Alex’s case, they need to be released entirely. Adult Alex was no longer under daily physical threat, so it was essential to teach his brain that he would actually be safer being visible.

Another client panicked when asked to speak in front of a group (“group” being defined as more than one person). Another client inexplicably age-regressed and took on the behavior of a young child in front of a new board member. Yet another client wanted new financing but consistently sabotaged new opportunities. Performance hijacks, all—and more common than you may think. Per Dr. Howard Rankin, our Critter State hijacks our Smart State often—and usually within one twelfth of a second!

I am happy to report that a number of neuroscience techniques work really well to access our resourceful Smart State in these sticky situations. In Alex’s case, we also applied a process which allowed him to have choice about his behaviors in formerly high-visibility triggering situations.

Here’s essentially what the process was: we excavated the initial trauma that had created the invisibility safety pattern by using a neuroscience-based process called a Trans-Derivational Search. Your neuroscience-based executive coach can do this for you. If you don’t have one, start with an outcome frame (you’ll see it explained in this blog) to uncover the ecology issues that may be causing the challenge. Next, we helped him access resources he already had and applied in other contexts, including quick analysis of a situation and clearly articulating his point of view. Then we connected and anchored these helpful resources to the problem state (the hijack trigger) so he was able to use a new path of response as opposed to his historical and compulsive reaction. The result: Alex has been promoted to partner now and capably persuades clients to consider new strategies and additional services from his firm.

1) Identify the reaction and find the root cause.

2) Identify the intended positive outcome of the behavior (in Alex’s case, to be safe).

3) Forge a new behavior that will still ensure the intended positive outcome is fulfilled (for Alex now, his new behavior and belief is being visible is safe)

When performance hijacks happen, our Critter State is trying to keep us safe by running an old program that worked once—meaning that we survived that original situation. Cases of hijack include anything that triggers an automatic reaction that we would not consciously choose.

The Critter State will always trump the Smart State–survival will always be coded as paramount—until we learn how to develop rapport with our own critter and shift states intentionally. The trick is to increase safety, belonging, and mattering. When we do that, when we even make it safe for ourselves, for our team to recognize when they are triggered and to step back from it, we increase choice, allow change, and promote innovation.

When do you get triggered?