Do This When The Ball Gets Dropped–And Prevent Repeats

Do You Rule With Claws and Teeth? Try Leading With Engagement Instead 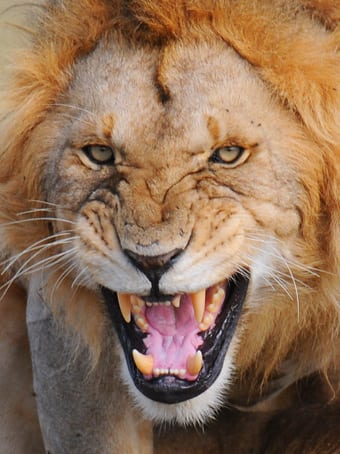 We all know that influencing by authority—by command & control—is out. Influencing by engaging and enrolling is in. Yet too many leaders still rule with claws and teeth, rather than cropping grass alongside their herd and nudging them in the right direction.

What about you? Are you helping employees envision an exciting future—or are you sending their innovative brains scurrying for cover?

Have you ever watched someone dive into self-defeating behavior? You can see clearly what needs to shift, but it seems like the more you say or do to try to help, the less effect you have. Why? The person does not feel safe enough to hear you. You’re not building rapport with her.

Rapport is that state of connection where our critter brain (focused on survival and constantly scanning for threats) is peering out and “coding” if you’re friend or foe. A person in the Critter State is determining who is “similar to me” and thus safe.

Imagine we’re antelopes out on the savanna. The critter brain is relaxed because it has scanned the environment and decided it’s with other antelopes and not with lions. (“Yep, only us antelopes out here”). Once we’ve established this feeling of safety and have access to the prefrontal cortex, we’re in our Smart State, capable of making plans and initiating positive change.

To change or shift or accept feedback, there has to be a pre-existent condition of rapport between two people. Otherwise, the brain will be too busy ensuring its survival to accept any other solution, no matter how elegant, right, logical, or plain old commonsensical it may seem to the rest of us.

When you’re the “boss,” you’re naturally “different,” which your team’s critter brains will interpret as a threat. Your relative authority makes you a lion among a herd of antelopes. It’s your default setting…but you can change it.

To be coded as “just another antelope,” you must convince your employees’ brains to see you as “similar to me.” “Mirroring” helps.

Mirroring is primal and instinctual. Try making a funny face at a baby. Most babies will imitate it right back at you. You see the same thing with friends. It’s particularly noticeable with groups of teens. As they explore their own identities as different from their parents’, they imitate one another’s hand gestures, clothing, facial expressions, and lingo in order to feel a sense of belonging.

Likewise, you can use mirroring to make your team’s critter brains feel safe, enabling you to engage and empower them so they can do their best work. Once someone’s fight or flight instincts are no longer at the forefront, they’ll be more willing to accept you, listen to you, and work with you.

Chances are, you do a lot of rapport-building practices naturally. Here are some you might either recognize or want to add to your repertoire:

Physical Body. This is about mirroring posture and full body position. If you’re in a meeting with a person who is leaning back and has his arms crossed, you adopt this posture too. If he’s leaning forward, you do the same. When you do this kind of mirroring you’re subtly letting the other person know that you’re similar, that you’ve got things in common. The tricky part is to do it authentically. If you’re able to tap into what he or she is feeling, you’ll find that posture and gesture mirroring is surprisingly easy.

Vocal Analog. This is matching someone’s tone, pace, pitch, volume, phrasing, and breathing. It sounds easy, but it’s hard to pull this off and still come across as authentic. If someone sounds like Betty Boop or has a foreign accent, for example, trying to match her tone would sound bizarre and inappropriate. But matching volume, pace, phrasing, and breathing is easy and effective.

Key Words and Gestures. I’m sure you’ve been in a conversation where the person you were talking with used a common phrase like “We’ve got to go the extra mile.” Within a few seconds you likely found yourself using that same or a similar phrase. You were subconsciously showing the other person that you agreed, you understood, and they were safe with you.

Sensory Systems. This is the primary sense that a person uses to access the world. The three most common sensory systems are visual, kinesthetic (touch), and auditory (hearing).

Listen carefully, though. Many of us mix sensory systems in our communication. To create rapport, use words indicating the same kinds of sensory systems.

When I teach rapport, I’m often asked, “Isn’t that kind of slimy? If you mirror and match, aren’t you being manipulative?” The answer is related to your intention. Are you using these techniques to respectfully understand another’s mindset, to create safety? Once you have rapport, will you use it to empower others, building everyone’s influence? Or will you use it only to further your own self-interest with command and control?

When done with pure intentions, the result of building rapport is the end, or at least the dramatic reduction, of challenging behaviors, limiting beliefs, and emotional disengagement. The business result is increased accountability, proactivity, commitment, and performance. Isn’t it time to put the claws and teeth away?