The #1 Tool Successful Leaders Use To Radically Shift Their Reality

Great Leaders Have An Attitude Of Gratitude — Do You?

Why You Aren’t Getting The Respect You Deserve 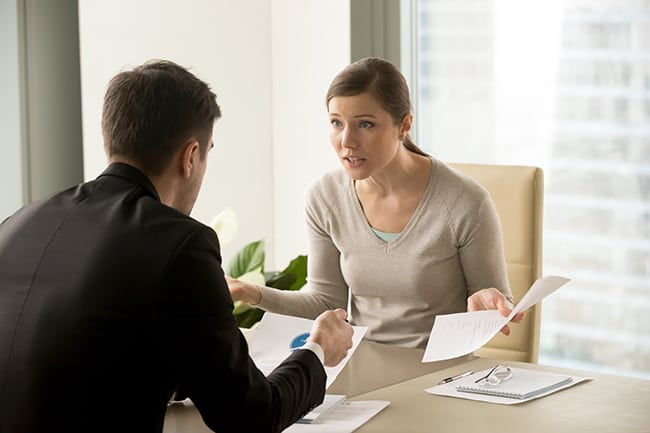 Feeling unappreciated and disrespected? We’ve all been there. So how can you shift things in your organization so that you can start receiving the respect you deserve?

The answer lies in expanding your beliefs. Because when we expand our beliefs, we create new behaviors. And through these behaviors, we are able to authentically give and receive respect. Let’s unpack this.

Every moment we are bombarded with sensory information. Visual, auditory, kinesthetic, olfactory, and gustatory information is constantly coming our way via our five senses. The way we interpret this sensory input contributes to how we structure our experience of the world. The senses that most dominate our behavior are visual, auditory, and kinesthetic, so we’ll focus on those three.

What we call “thinking” is actually a series of pictures, sounds, and feelings that go by at light speed in our brains.

How You Create Experiences

As we interact with the world around us, we internally store images, sounds, feelings, smells, and tastes that craft our experience.

Think of your favorite place in your home. Chances are good you just called up a picture. We’ll call these visuals, or Vs in neuro-shorthand. Sometimes our brain distorts stored pictures (Vs) to give them different meanings. Maybe we don’t want the intensity of a full-color picture so we store it in black and white, or maybe our brain wants to prevent us from repeating a dangerous experience so we store it in overpowering color.

Additionally, when we have or recall an experience, our brains hear sounds, which can be tones or words either outside ourselves (existing in the environment) or inside ourselves (talking to ourselves, hearing an old soundtrack). Think of the last time you made a mistake and internally said, “I can’t believe I did that! Sheesh!” That’s an internal soundtrack. Think of the sound of a phone ringing. That’s an external soundtrack. We’ll call these sounds auditory input, or As in neuro-shorthand.

Our visual and auditory experiences lead to feelings, or kinesthetic responses, or Ks in neuro-shorthand. Maybe your shoulders are tight, or you feel a knot in your stomach. These physiological feelings are now translated into emotions you can name, such as fear, excitement, joy, or anger.

From these Vs, As, and their generated Ks, our prefrontal cortex makes meaning about the world, other people, situations, and ourselves. The meaning we make about these experiences formulates our beliefs.

Before we discuss beliefs, we must understand that the brain is a “meaning-making machine” that deletes, distorts, and generalizes information. Every second, overwhelming amounts of information come our way, and we filter that information to make sense of it by deleting a lot of what we deem not relevant or useful, so only some of it gets through. Otherwise we would experience information overload!

The brain also distorts information. For example, how often do you hear someone respond to the question “How are you?” with “Nothing is wrong with me!” The question was distorted to be the assertion “Something is wrong with you.” However, distortion also has its uses. It is what allows us to be creative. For example, a musician can listen to a song and create a new version of it as his or her unique expression.

Beliefs are generalizations about experiences, based on the meaning our prefrontal cortex has generated. For example, the brain generalizes that a chair is a chair, and objects that resemble a chair-like structure are appropriate for sitting. This is useful. That way, we don’t have to figure out whether or not we can sit on a particular object every time we walk into an office.

Another example is when we see someone point a finger at another and assume that the person doing the pointing is rude. “Everyone who points their finger like that is a rude person!” is a generalization and a belief.

Our beliefs about the world, others, situations, and ourselves drive our behavior. Beliefs about ourselves lie at a deeper level and are called identity. So in a stressful situation, when a person believes, “I can do this, and our team will get through this,” these beliefs reinforce his or her identity and his or her team’s identity as being solid and capable. As a result, the person with the “solid and capable” identity has the behavior of handling things and moving forward, while others may be panicking. Their behavior matches their identity.

When we expand our identity, we create new behaviors. This applies to leaders and to their individual team members. Through this shift, a new baseline is created in the organization and each individual member will begin to give and receive respect that is based in truth, rather than through distortions, deletions and generalizations.

How can you start this shift in your organization?