3 Practices To Become A Great Listener

Two Myths About Strategy — And Two Tools To Make Yours Work

Ready To End Silos, Sabotage And System Dysfunction In Your Organization? 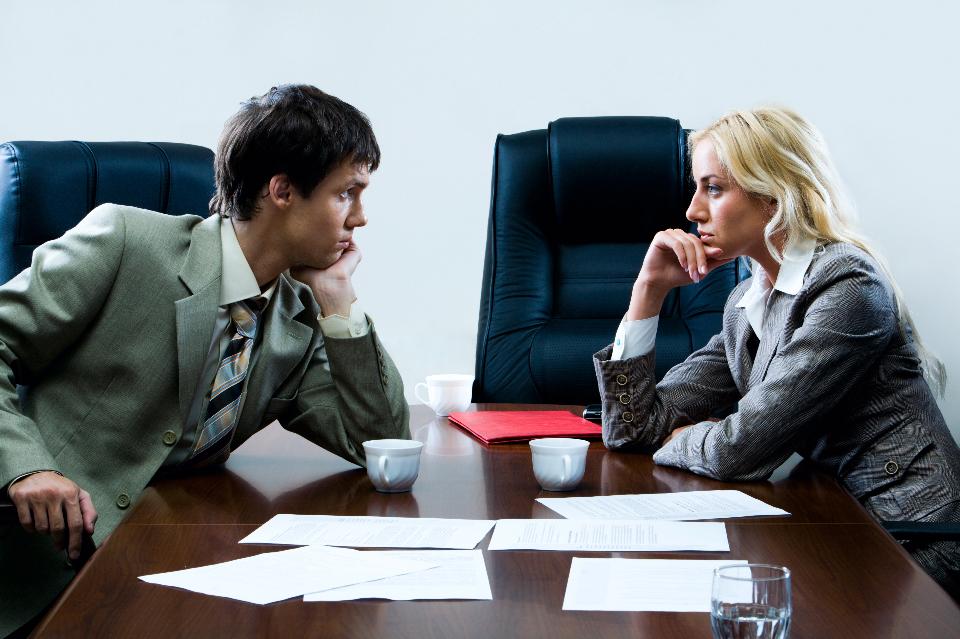 System dysfunctions like these are generally symptoms of low cultural alignment.

The two founders of Company Z were at war. The CEO was aggressive, the CTO often sabotaged the CEO, and the company was divided into two camps. In addition to their personal strife, there had been recent technological breakthroughs that were changing the way customers worked and put their product at risk of becoming obsolete.

Productivity across the organization was plummeting, and the executives didn’t trust one another and didn’t cooperate either. All the CTO wanted was to work on strategy, but he was afraid he’d lose whatever power he had if he shifted to a new role and let go of his direct reports. Further, because the culture was low on communication and high on fear, the COO had set up her own camp, and the CRO repeatedly said all the executives except the CEO were “impossible” to work with. The silos were spreading. 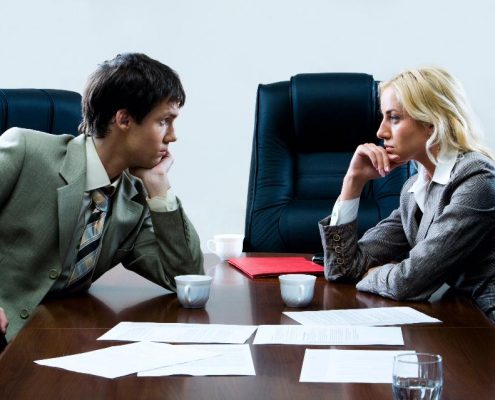 Team members were dispirited. The feud at the top had not gone unnoticed and translated into turf wars, mixed loyalties, internal competition, and low motivation. When client projects were specified, the CTO’s team and the COO’s team didn’t talk, so the CRO was often livid when client deadlines were missed and projects were delivered with missing functionality.

In the early days, the company had revolutionized its industry, taking it out of the Dark Ages and into the twentieth century. The problem was that it was now the twenty-first century and their competitive advantage was eroding fast. They could no longer attract and keep the engineering staff they needed.

Act: What We Did

The CEO needed to help the CTO move into a new role before anything could happen. This was a priority to recover from their stuck spots because the firm badly needed his talents to be focused on creating a new strategic direction.

We helped the CEO learn to speak the CTO’s Meta Programs to shift him out of his Critter State. The CEO used this messaging to start the CTO’s shift into his Smart State: “I need your help [give CTO power, enroll emotionally]. We’re crafting a new strategic direction and I know we’ll be growing really fast. I’m concerned that we’ll move too quickly without mitigating the risks or taking the time to properly create the foundations to ultimately move even faster [Away, Reflective]. We need a step-by-step [Procedures] implementation plan to ensure we’re ready for the growth that’s coming, and I need someone who knows how to do this [Internal]. Few people here can see both the forest and the trees [General-Specific] like you can. You’d mentioned that you want to shift to a more strategic role and free up your time from management work. With a role like this you’d be doing what you’re great at [External] and have the hassle of management work gone [Sameness with Exception].”

We helped the CTO get very clear on what he wanted (no direct reports and work on strategy only across departments). We also coached him to set up office hours to avoid the constant interruptions that made him crazy. Additionally we coached him to replace his sabotaging behavior toward the CEO with influencing skills. The CTO changed roles to become Chief Systems Architect, letting go of his direct reports, and he accepted reporting to the CEO with clear conditions that honored his priorities. He gave up his seat on the company’s board, creating an opening for an industry influencer to be added.

The CEO and new Chief Systems Architect hashed out and communicated a new vision that team members owned and were inspired by. That act alone created the same kind of motivational buzz that they had experienced in their early years – and they had created it together. The bond was being rebuilt!

The stage was now set to bring up the rest of the team. This involved reducing the number of direct reports to the CEO partially through internal promotion and in one case through recruitment. We coached the entire C-suite on clarity of communication and taught them tools for explicit communication.

Next, we guided the C-suite and senior management team through the process of creating new accountability structures to get on track. They learned how to move from problem thinking to outcome thinking and how to develop rapport using Meta Programs. By making all the changes structural rather than symptomatic, this team was able to turn their ship around and create sustainable growth. One critical factor to making collaboration more seamless and comfortable among previously disenfranchised team members was the use of social technologies. We followed Vala Afshar’s ten steps to build a social enterprise and get everyone communicating more easily.

What Company Z Got

• The CEO of Company Z gained back ten hours a week and improved his relationships, both personal and professional.

• The new chief systems architect (the former CTO) now adds huge strategic value as he and the CEO work together to orchestrate the next industry revolution.

Company Z was able to make their new strategic direction profitable quickly as it capitalized on existing assets and they accelerated through the $250 million inflection point at which they had been stuck. About one year later, they sold off an unprofitable part of their business and regrouped under the guidance of the realigned CEO and Chief Systems Architect. Then they secured funding for their next surge. With renewed intention, they are now accelerating toward the $500 million mark.

Are there silos in your organization? If so, what could they be costing you?