The Soulshake Of Stephen Hawking 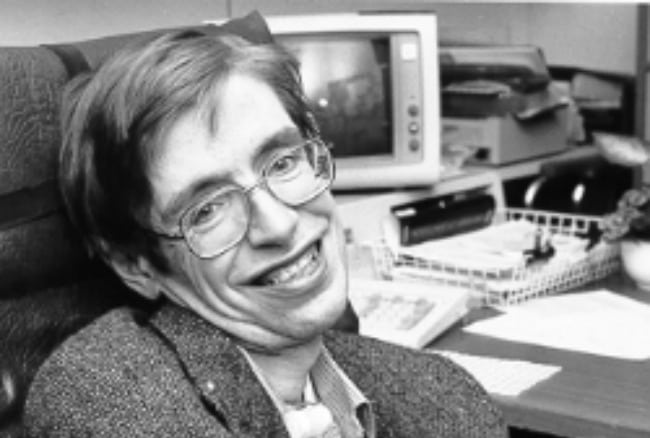 “Intelligence is the ability to adapt to change.” Stephen Hawking

March 14th was Albert Einstein’s birthday, National Pi Day, and a day during Brain Awareness Week. March 14th will now be known as the day that Stephen Hawking, world renowned physicist and cosmologist, left this gorgeous and mysterious planet.

When I heard the news, I fondly remembered meeting him years ago at a White House lecture he was giving. What I learned that night from Dr. Hawking had little to do with physics–and lots to do with humanity. I still clearly remember that evening of nearly 20 years ago. 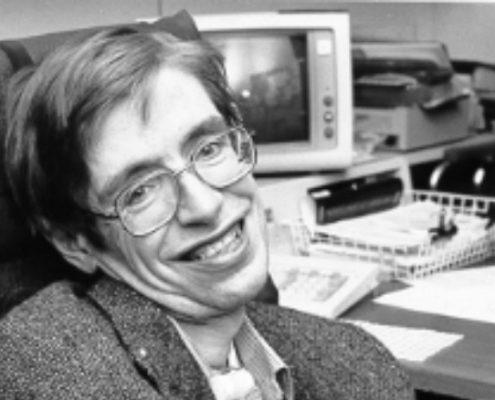 “Hi,” I said crouching before the seated man. He was alone, slumped over the little desk attached to his wheelchair. “Your speech was terrific,” I told him. “You make physics so . . . accessible. Thanks.” He smiled and shifted a little, preparing to type a reply into his speech synthesizer. Aware of the effort it would require after what I figured was an exhausting day for him, I said, “You needn’t respond.”

He looked up at me—and into me–with deep dark eyes. No black holes here. And I felt great warmth, great compassion. His eyes embraced me in a down-duvet hug. And there it was: connection. Somehow we then knew each other. I could feel his anguish, his giant, potent mind trapped in a tiny, twisted body. I wondered what it was like to be him, to be so celebrated and remarkable and yet how he seemed surprised that people were approaching him. He was simply doing what he loved and was living in his bliss. Whether people noticed or not, he’d do exactly what he was doing.

Right then my insecurity evaporated: I no longer cared that I wasn’t a player on the world stage, that I’d probably never be all that important in the world. Because my quest for success had been about being seen, about banishing the perpetual feeling of invisibility and inconsequence, about making sure I mattered. And right then, I did. I felt seen all the way through.

And I realized that this…this, right now, this is a moment that I’ll remember, this very real, better-than-a-handshake moment: the soulshake, the touchless shake, of Professor Stephen Hawking.

“We are all different. There is no such thing as a standard or run-of-the-mill human being, but we share the same human spirit.” Stephen Hawking