What Role Do You Play?

Can You Tell The Truth For An Entire Week?

How much truth do you tell?

I’ve been noticing how uncomfortable truth can be for people to hear, and I’m getting really curious as to why we lie so often. When did it become “not ok” to say what was really going on? When did we start dancing around our needs, our truth, our beliefs? Did it really make us more safe? Enable us to belong? Enable us to matter?

I read Neale Donald Walsch’s Conversations with God – Part 2 recently and liked the way he laid out the 5 levels of truth telling (you’ll see them below). 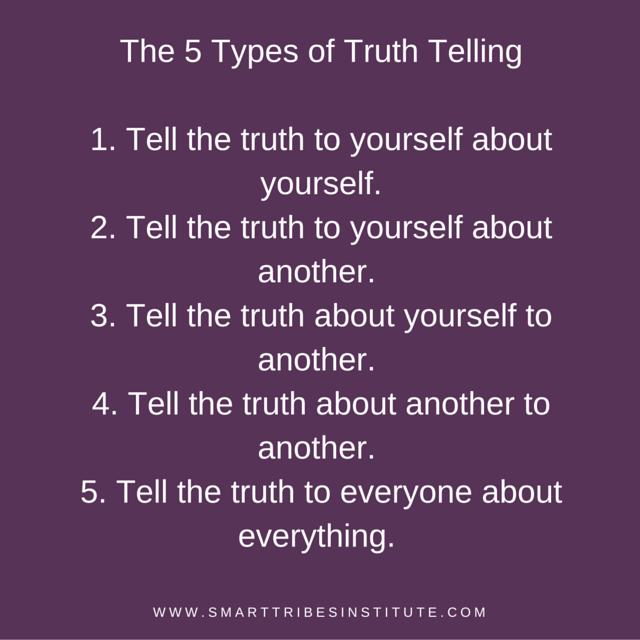 So I invite you to take the Truth Challenge. I think if you spend one week telling only the truth you’ll find it so liberating that you’ll want to do it for another week, and another, and maybe even the rest of your life.

I’ve been experimenting with this and have found it tremendously freeing. First, though, a disclaimer: we don’t tell a truth the intentionally hurts another. So if a friend says “do I look fat in these jeans?” you have a choice. If you think it’s true you can say “Yep, sure do” or you can say “The black pants are far more flattering on you” or “You look awesome in skirts” or whatever will be honest but not crush your pal’s self-image.

Here are some ways you can tell the truth, ranked from easiest to more challenging:

What would it be like for you to tell the truth—all 5 types–for a week?