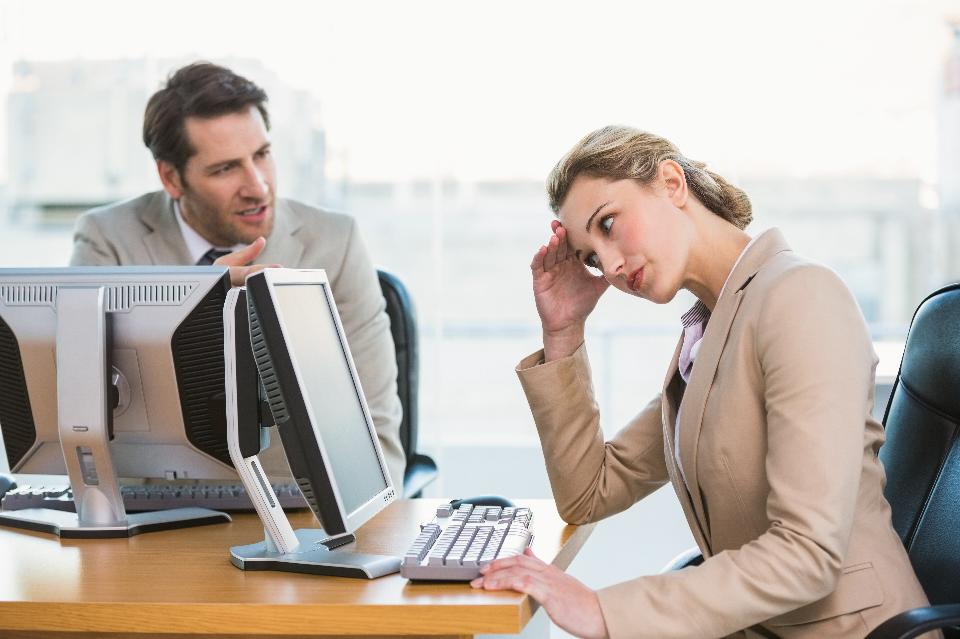 Workplace bullying is frighteningly common and takes an enormous toll on our businesses.

Research from Dr. Judy Blando (University of Phoenix) has proven that almost 75% of employees surveyed had been affected by workplace bullying, whether as a target or a witness.

So what exactly is workplace bullying? 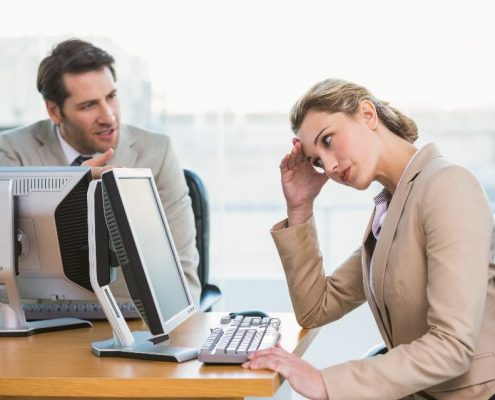 “Bullying is characterized by:

According to the Workplace Bullying Institute (WBI), bullying is four times more common than either sexual harassment or racial discrimination on the job.

Who The Bullies Are

Here is what you have to understand, the targets of workplace bullying are not the weakest players—they are often the strongest.

Let’s say that again. The common misconception is that, like schoolyard bullying, the targets of workplace bullying are loners, or “weird” or the people who “don’t fit.” In fact the reverse is true.

People become targets because something about them is threatening to the bully. Often they are more skilled, more technically proficient, have a higher EQ or people just like them better. They are often workplace veterans who mentor new hires.

“WBI research findings and conversations with thousands of targets have confirmed that targets appear to be the veteran and most skilled person in the workgroup” (quote from WBI).

Now the bully tends to be someone who is skilled at manipulating and controlling, but while they see everything as a competition, they do not feel skilled/competent enough to compete on their own merits. Hence they bully as a futile attempt to feel more powerful.

The bully often works hard to create the perception that they are strong by putting down and blaming others. Often the boss of the bully knows the bully is “disliked” but thinks that the organization cannot do without them and makes “allowances.” The bullying is framed as “personality conflict.”

What Bullying Is Costing Your Company

When you, as the leader of an organization allow bullying to occur you create at least five problems:

1. The target of the bullying will experience a loss of confidence and an increase in stress that often shows up in health problems. Their performance will decline. They may need more time off to recover. So you have lower performance by at least one person, the target.

2. By allowing the bullying to continue you are accepting a toxic culture, prevalent Critter State, and reduced performance and morale. The peoplewitnessing the bullying will have to choose to side with the bully, leave, risk retribution by speaking out, or remain passive and try to stay under the bully’s radar. To be non-threatening to the bully they may lower their performance in some way.

3. Eventually the target will have no recourse but to leave. Research has shown that the vast majority of targets eventually leave. You now have lost a good employee and have all the costs of a new hire.

4. Plus you have the almost certain guarantee that the cycle will repeat itself. I find that organizations which condone bullying, which have prevalent Critter State, also have high employee turnover rates, far less revenue per employee, increased absences, and the list goes on and on.

5. You are opening yourself up to potential litigation. While bullying is not, strictly speaking, illegal it may be connected to a form of harassment or discrimination which can be subject to litigation. At the least attention will be taken up in tracking and “proving” a case.

All this from denying bullying—oh, and let’s add the personal guilt of not protecting one’s tribe.

Workplace bullies can be hard to detect because they work within the rules of the organization.

That means that the solutions lie within the organizational structure.

I have been asked to coach several workplace bullies because someone, usually their boss, wanted them to change. The problem with this sort of coaching is that the person themselves doesn’t want to change. The coaching is seen as a punishment rather than as a reward and a path to greater leadership.

The reality is that the leadership team is responsible. Bullying cannot happen without approval (“oh that’s just how xx is!”). It’s up to you to create an environment that is safe and healthy for the entire team—the Smart State. The biggest problem with bullies is usually that someone higher up likes them – “oh xx is great at a party!” – or some other nonsense.

The first step is to confront the bully. Use my formal feedback steps to outline the specific behaviors that must change. Agree on objective performance measurements. Make sure that the bully transfers their feeling of threat from their target to the organization. Give them specific ways to manipulate and control their own outcomes—turn their skills into assets if possible. If not possible, they have to go. If you are serious about creating the culture of your dreams, you have to be willing to hire and fire based on your values.

I have found that what works best, culturally, is to focus on creating structures that reward “Smart State” behaviors and discourage/punish bullying behaviors. This starts with ensuring the confidentiality of anyone reporting bullying behavior and ensuring that there are no reprisals.

Organizational structures which put the focus on problem solving and which create clear and fair performance markers work to reduce bullying. For example:

• reward people for bringing safety or other problems to leaders’ attention

• use structures, like Kanban boards, which isolate bottlenecks as work flow issues only, and therefore reduce finger-pointing and blame

• make sure any performance measuring systems that you are using are fair and objective, and reward what you are actually interested in achieving (e.g. one client was rewarding employees for quantity but not measuring quality and our assessment found that their “high performers” were actually the ones creating problems).

Remember, stopping bullying begins with you. To what are you really committed?