Employee Appreciation Day — Do You Do These 5 Things?

If You Aren’t Doing Content Marketing, You’re Missing The Boat 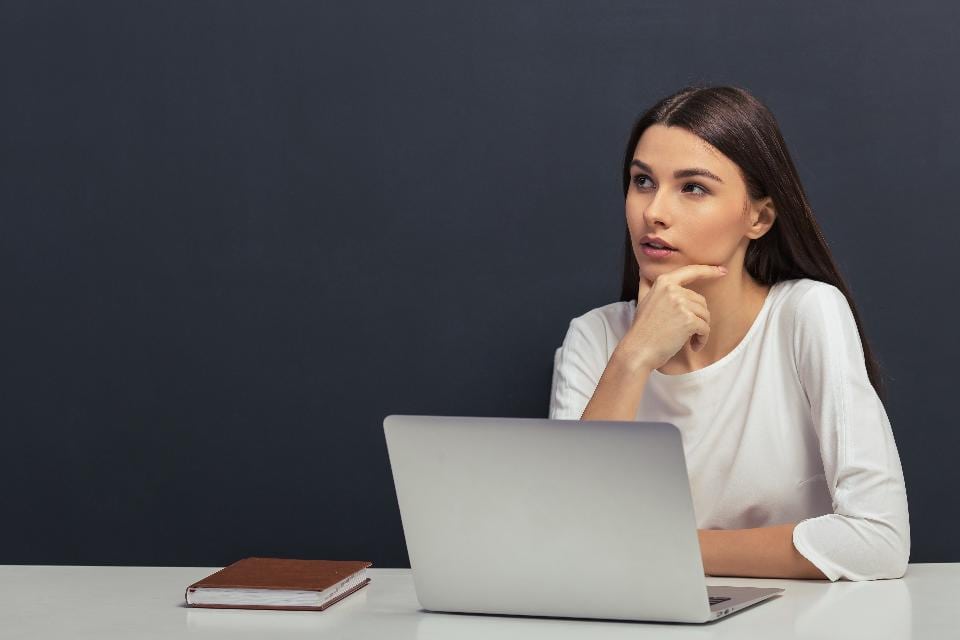 We’ve all been there.

We make what we think is a rational decision. And then seconds, minutes or days later we wonder “What was I thinking?!” Was it a temporary lapse of sanity? Were we just distracted and decided anyway?

We knew it wasn’t the right decision or the best decision, but in that moment, we made a decision anyway. And it ended up being a stupid one. Why?

The Science Behind “Stupid”

Does this mean that we are indeed stupid? Nope. It simply means that not every decision we make is actually rational. We see what we want to see filtered through our inherent biases, and then we make decisions based on those biases. These biases are called cognitive biases and we all have them.

A cognitive bias refers to the systematic pattern of deviation from norm or rationality in judgment. These biases cause conclusions, inferences, assumptions about people and situations to be drawn in a less than logical fashion. We all create our own “subjective social reality” from our perception of the input we receive — both from outside of us and inside of us.

How can we stop making stupid decisions and start making smart ones? By spending time understanding our cognitive biases.

Understanding and checking our biases leads to better decisions and more accurate cognition.

When we understand, we make better decisions.

Check out this graphic, then in a few minutes I’ll walk you through how I used it to help a client make a smart hire instead of a stupid one. 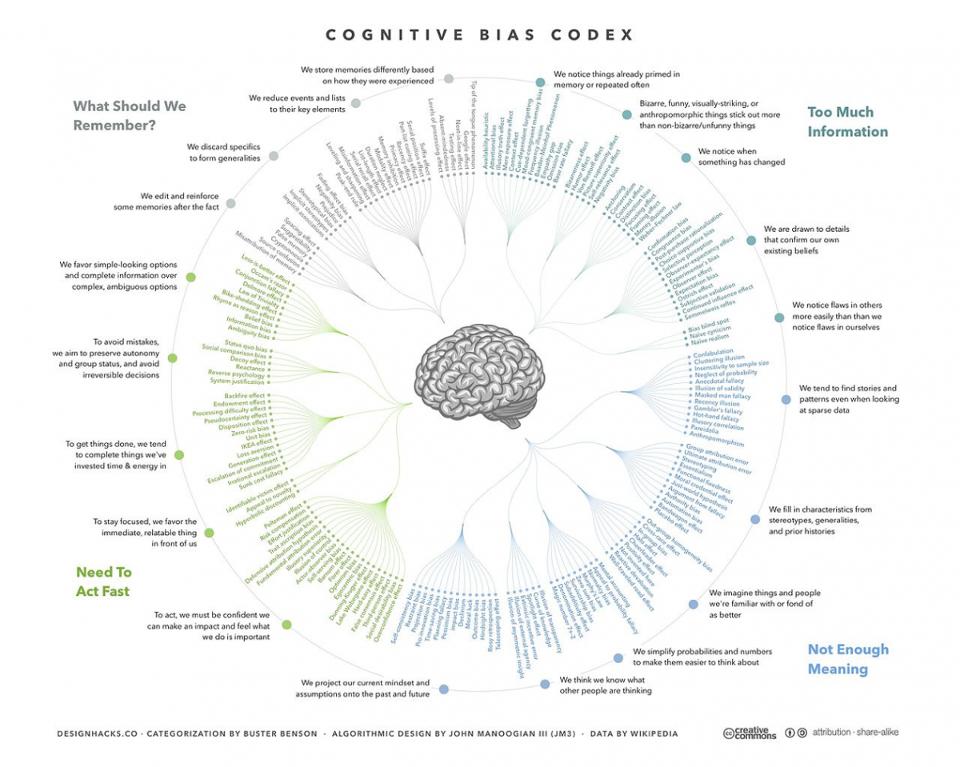 What’s Your Bias? Or How Bias Impacts Business

Neil Jacobstein, an expert in artificial intelligence, notes that we all use AI and algorithms to mitigate and compensate for many of the following heuristics in human cognition (thinking):

Anchoring bias: Tendency to rely too heavily, or “anchor,” on one trait or piece of information when making decisions.

Availability bias: Tendency to overestimate the likelihood of events with greater “availability” in memory, which can be over-optimistic, overestimating favorable and pleasing outcomes.

Hindsight bias: Sometimes called the “I knew it all along” effect, the tendency to see past events as being predictable at the time those events happened.

Normalcy bias: Refusal to plan for, or react to, a disaster which has never happened before.

Sunk-cost or loss-aversion bias: Disutility of giving up an object is greater than the utility associated with acquiring it.

Jacobstein is fond of pointing out that your neocortex has not had a major upgrade in 50,000 years. It is the size, shape and thickness of a dinner napkin. “What if,” he asks, “it was the size of a table cloth? Or California?”

The Benefits Of Bias—And How To Optimize Yours

Biases can be helpful. They filter through information overwhelm, they help make sense of the world, they allow us to make quick decisions in a fast paced world. Check out this recent challenge an executive coaching client of mine had.

My client needed to hire a VP marketing to take the company to the next level. He had four candidates that had made it to the interview stage and one had even made it onsite to meet with four different key stakeholders in the organization. I asked him why he favored this one candidate by such a long shot. As I listened I heard the following biases. He was showing:

• Planning fallacy bias: Underestimating how long the process would take and what a great hire would cost.

• Anchoring bias: Focusing on one piece of information (the candidate’s current job accomplishments but not his entire career—his resume had  two decades of one to two year roles).

• Optimism bias: Some of this too…thinking we’d have a solid candidate identified, screened, hired within six weeks.

I expressed these concerns, and how cognitive biases can be busted when you:

• Take Your Time: You will make better decisions when you aren’t hungry, tired or stressed. Taking time before making a decision allows you to have think about the future and the impact of your decision.

• Get An Outside View: Ask a trusted advisor or peer for their opinion.

• Consider Options: What else could you do?

Then he asked me to interview the candidate. I deeply questioned the candidate in each of the bias areas our client had. The result? They’re not the right fit for the company. Not by a long shot. The excellent news is our client avoided a costly hiring mistake and the super excellent news is that he still has three candidates that might fit the bill once they are interviewed by carefully avoiding cognitive bias.

While we’ll all still make stupid decisions now and then (welcome to being human!), once you understand cognitive biases you’ll mitigate risk by implementing the tools above.