Increase Customer Acquisition By 400% With Storytelling

Wire Your Brain For Gratitude

The Truth About How Your Brain Gets Smarter 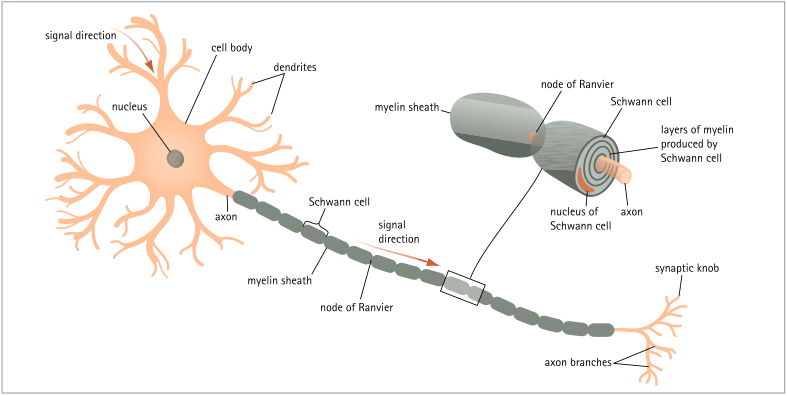 Bill then laid out his plan to ensure he’d always be surrounded by super smart people.

Maybe he didn’t know about myelin.

Here’s how it works.

Roughly half of your brain is made of grey matter (where neural pathways are forged and reside) and the other half is made of white matter. More on this in a moment. First it’s key to know that neurons that fire together, wire together. This means to learn something new, to set a new habit in place, repetition is required. When you practice something deeply, intentionally, and with some element struggle a neural pathway is formed. Neurons are now firing together in a new sequence, and thus are wiring together as a collective. Repeated firing signals that this neural pathway is important. Repeated firing with deep practice and either struggle or ecstasy, alerts oligodendrocytes and astrocytes that this pathway needs to be upgraded, or insulated, and the process of myelination begins.

The newly forged and repeatedly fired neural pathway is then insulated like an electrical wire wrapped in a protective coating. This pathway (grey matter) is strengthened via the myelin (white matter) insulation and it is transformed from the equivalent of dial up to broadband. Heavily myelinated neural pathways are up to 300 times faster—they’ve been optimized for speed and efficiency. They’ve also become the default behavior, as the brain will choose the most highly myelinated pathways (because clearly they are the most important). This is how we form new automatic behaviors, also known as habits or habitual behavior choices.

When Einstein’s brain was autopsied in 1984 record amounts of myelin were found. Does it mean he was smarter than most? Not necessarily. Does it mean he persevered, failed, keep pushing forward with deep focused practice? Yes.

I’ve been using the understanding of myelin and the myelination process with my executive coaching clients for the past year. The results have been remarkable:

Anxiety Removal: The COO of a $500mil consumer packaged goods company did 3 neuro-coaching sessions over a period of 6 weeks. Then I gave her myelination homework. One month later she no longer suffered debilitating anxiety. It’s still gone 6 months later. This high-functioning CEO had suffered in silence for 47 years.

Managing Emotions: A senior partner at a Fortune 100 financial services firm regularly got triggered by backstabbing and political maneuvers when dealing with some difficult partners that he couldn’t avoid. He would get highly irritated, affecting his ability to be present, collaborative, and to lead the team to the best outcome. We did 4 neuro coaching sessions on this topic, plus myelination homework. He now navigates shark-infested waters with ease, diplomacy and even a little humor.

Increased Vision and Innovation: The head of an R&D lab was stuck. He hadn’t had a good idea in ages and the pressure was on, which only made matters worse. Three months of coaching and a few weeks of myelination practice and he has now designed three new products, with one already having pre-orders exceeding $100mil.

Now you know the secret: let’s start myelinating. To myelinate properly you must do 3 things:

Innovators and thought leaders refuse to be socialized into reasonableness—don’t you cave either!

Keep your circuits strong with deep focused practice—myelination requires quality vs quantity. I ask clients to do the myelination practice I design for them for 5 days in a row, 5 times per day, for only a few minutes each. For a gold star they can do it for 10 days. What I find in coaching some of the top performers on the planet is that forging new—or turbo charging existing—pathways that are heavily insulated (myelinated) and which then become the default behavior pathway is what matters.