Loneliness: The Leadership Challenge No One Talks About 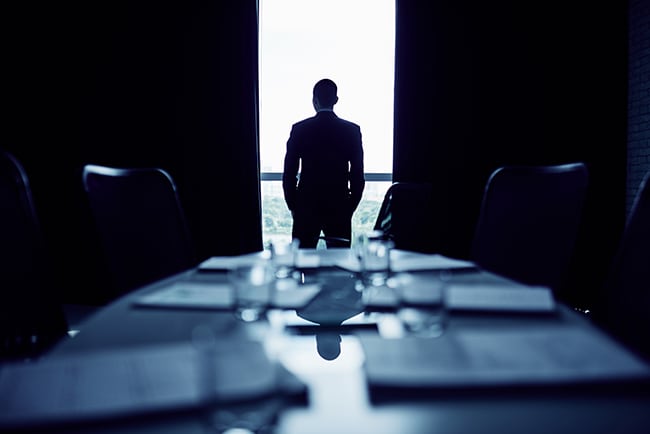 As a leadership and culture coach, I’m often asked: what is the hardest part about being a CEO? Although as a CEO you get to shape a company in your image, hire people to work with you, and receive recognition for your accomplishments…

CEOs claim the biggest leadership challenge they face in their roles is not having anyone to confide in. Given the overwhelming responsibility and pressure to appear calm for employees, to consistently deliver results and to be where the proverbial buck stops, it’s no wonder CEOs have a tendency to isolate themselves.

And it’s a problem.

According to the Harvard Business Review, half of CEOs express feelings of loneliness, 61% of which believe loneliness hinders their job performance. The office environment is intense enough… But then there’s the media.

CEOs are now seen as public figures, more so than they ever used to be. In 2015, Fast Company published an article comparing the best and worst leaders, with CEOs making both sides of the list. Then Business Insider joined the conversation and detailed the worst American CEOs of all time.

Unfortunately, technology has blurred the lines between private and public life. Feeling a strong lack of privacy contributes to deeper feelings of isolation… And that’s not good for the brain.

Loneliness can make you sick. How? It’s been proven that social isolation affects behavior and brain operation. Isolation and loneliness trigger that fight-or-flight response, which can lead to ill health and even death. Loneliness can affect your sleep patterns, stress hormones, and even the production of white blood cells. It’s crucial to learn how to overcome these feelings of loneliness at work so you can be healthier and work more efficiently.

Here are my top 3 tips for overcoming the leadership challenge of loneliness as a CEO.

Support groups for CEOs are on the rise. Many of our clients find Young Presidents’ Organization (YPO) and Entrepreneurs’ Organization (EO) to be terrific networking communities as well as support systems, as many of them are facing the same leadership challenge of loneliness.

Joining a support group will give you the safety, belonging, mattering you crave in a community of those who are similar to you, and aren’t afraid to give you some tough love and honest feedback. Forming connections with others also strongly alleviates stress. People with strong social ties live longer and have better mental health than those who feel isolated and lonely.

As a CEO, it can be impossible to ever feel ‘done’ with work. When work begins taking over all aspects of your life, it can be difficult to have time to form crucial social connections. There are a few ways you can cultivate a balance between your work and personal life.

Leave the Office Before Dark: Leaders like Sheryl Sandberg (Facebook), Spencer Rascoff (Zillow), and Hiroshi Lockheimer (Google) all make an effort to be home for dinner. They say it gives them more time to spend with their families and allows them to create boundaries between work and home life.

Stay Present: Do you ever find yourself not entirely present in the moment? Your mind can wander anywhere, from a business meeting to the family dinner table. Sometimes, creating a necessary balance can be as simple as staying in the moment.

What would it look like to allow yourself to be vulnerable? To Swiss Life’s Patrick Frost, the ability to be vulnerable means not being afraid to show weakness. In fact, Frost believes weakness is important in a business setting because it fosters discussion about key problems. CEOs lead by example… Letting your team know you’re open to discussing important issues will make them feel more comfortable coming to you. Start by being in touch with how you feel at any given time.

Allowing others into your personal world cultivates trust and respect, and is the perfect solution to loneliness. If you’re confiding in others, and letting them really see you, you’re breaking that barrier of isolation that comes with the job title.

It’s lonely at the top — but it doesn’t have to be. Let people in, confide in support groups, and take time to yourself to reconnect with those most important to you.