Are You Killing Your Career By Avoiding Conflict?

Control Dramas: Why Trying To Control Our World Doesn’t Work 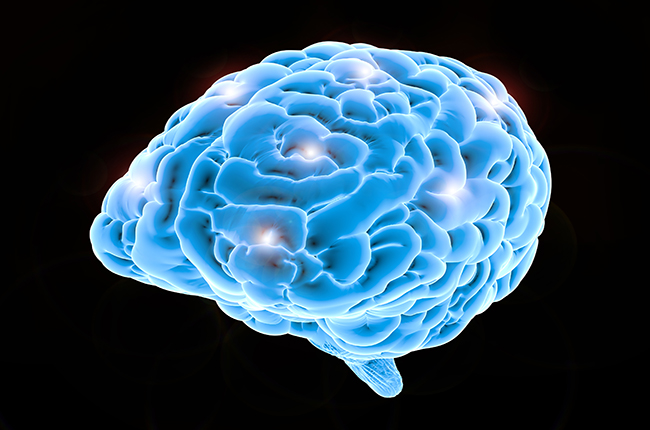 Want to create new habits faster? Meet myelination. Myelination is the process of “insulating” a new neural pathway to strengthen it, and to forge new default behaviors. Heavily myelinated neural pathways are up to 300 times faster. They’ve been optimized for speed and efficiency. Increasing myelination via intentional practice helps us become more emotionally agile.

I’ve been using this understanding of myelin and the myelination process below with my executive coaching clients for the past few years.  Not only do they now create new habits faster, they’ve achieved these remarkable results:

I ask clients to do the Myelination Practice (outlined below) I design for them for a minimum of seven days in a row, five times per day, for only a few minutes each. For even better results, they do it for 10 days. What I find in coaching some of the top performers on the planet is that it is key to forge new—or turbocharge existing—pathways that are heavily insulated (myelinated) and that then become the default behavior pathways. 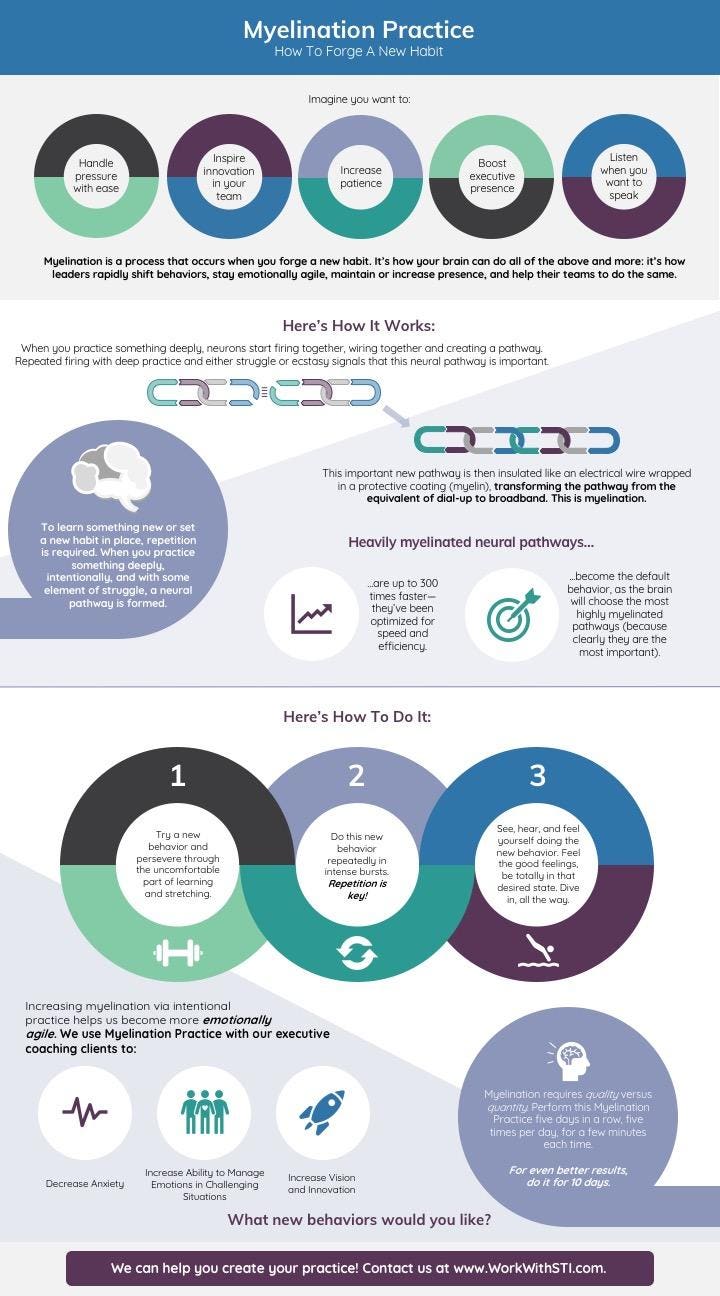 To myelinate properly, you must do three things:

Remember what Einstein said: “Imagination is everything—it is the preview of coming attractions.” Remember how you stepped deeply into the future you envisioned in the Outcome Frame to “test drive” the possible outcome? Do the same here. Dive in, all the way.

Imagination results in firing; repeated firing results in myelination. Observing someone who is excellent at a behavior you want to acquire or grow also helps myelination. Innovators and thought leaders refuse to be “socialized into reasonableness,” into being told what is and isn’t possible. Don’t you cave in either! 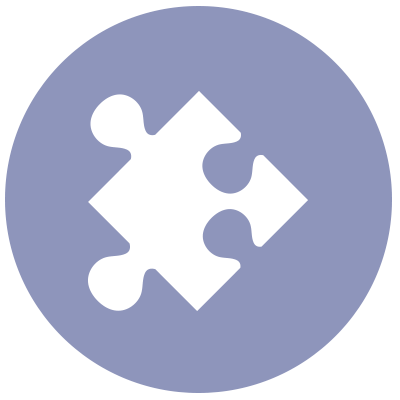 Get Neuroscience Tools,
Tips and Techniques.